Recently someone mentioned that they had attended a lecture by Dorian Yates. (6 consecutive Mr. Olympia titles) and were disappointed in the lecture because Yates didn't share his "secrets". 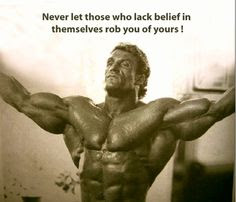 Twice in my life I've had the opportunity to meet or listen to a talk by men who have held the title of the "Strongest Man in the World".

The first was Paul Anderson in the late 1950's or early 1960's. I was still in grammar school and his presentation was more about religion and his home for disadvantaged boys than about being strong. Paul did about 500 of these speeches a year, mostly at schools. 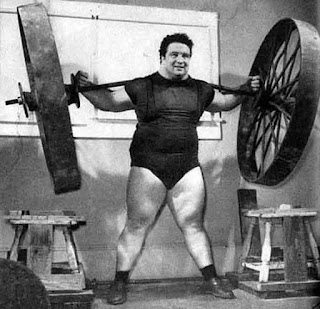 The second was Bill Kazmeir.( 3 consecutive "World Strongest Man" titles). "Kaz"  once owned a gym in the town where I attended college and would drop in occasionally to see and sometimes work out with his friend Dr. Terry Todd. 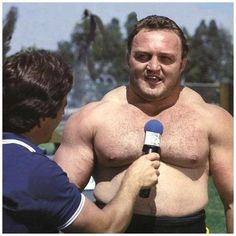 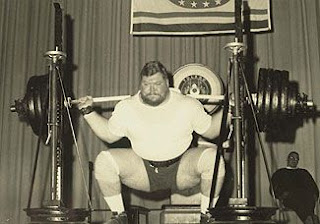 What did Dorian Yates lecture on?
What did I learn watching Kazmeir work out and being trained by Terry Todd? Exactly the same things.

Note that one of these guys is a champion body builder, 2 are strong men competitors and another was a power lifter. Yet the message is always the same.

Everyone likes that "new car smell" and it's ok to try something different sometimes. It helps prevent boredom and plateaus. New things shake things up and prevent your body from getting too comfortable.

But in the end, that new car smell is going to become more like the smell of your gym bag or your favorite dog or that sweaty t-shirt that somehow got lodged between the seats. But guess what, that old car will still be what gets you where you want to go. 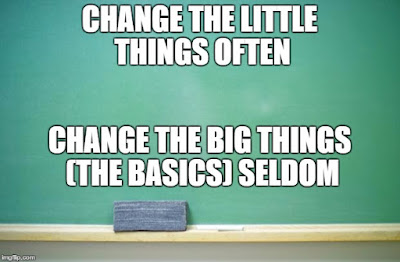