The Mental Side of Fitness

THE MENTAL SIDE OF FITNESS 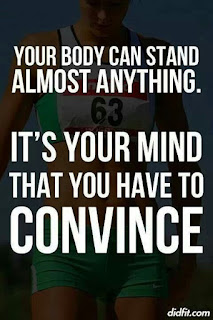 We’ve touched on the mental side of getting and staying fit before in general terms. But a few days ago I ran across an article/video by a guy named Jesse Itzler. It’s one of the more interesting and telling stories I’ve seen about mental toughness.

Jessie had entered a long distance relay team race covering 100 miles in 24 hours. The teams were required to furnish their own supplies and necessities. Jessie’s team (of 6 runners) had water, Gatorade, power bars and other food and a tent. They had even brought along a masseuse.

As the teams lined up for the start of the race, Jessie noticed a guy only a few feet from him who stood out from the crowd to say the least. Most of these long distance athletes weighed around 140-160 pounds. This guy weighted around 260. His only supplies were a single bottle of water, a bag of crackers and a folding chair. Nothing else. And he was alone. No team-just him.

His curiosity peeked; Jessie was going to keep an eye on the big guy. 100 miles later, Jessie’s team of 6 runners completed the race and so did the big guy! All by himself, with a single bottle of water and a bag of crackers.

Jessie reached out to the big guy and went to visit him at his home in California. Jessie asked the big guy to come to Atlanta and stay with him and his family for a month to teach him how to train.

His first training session was to do 100 pull-ups. Jessie did 8, rested 30 seconds, did 6 more, rested 30 seconds, then 3, and he was wiped out. The big guy said “We’re not leaving here until you do 100 more pull-ups". Jessie did them, mostly one at a time. The big guy then explained that it wasn’t a physical test. It was a mental test to convince him he could do something he never thought he could.

The big guy is a retired Navy SEAL. The SEALS enroll about 1000 trainees per year and you must meet stringent requirements just to enroll. Most of these 1000 trainees no doubt think they are at the peak of bad-assery. Yet only 20 to 25% are able to complete the SEAL training.

The big guy explained that the SEALS have what they call the 40% Rule. It means that your brain will start telling you that “you are done” at about 40% of your actual physical ability. Pushing past that 40% is a learned/acquired ability.

The little challenges I throw at you from time to time accomplish several things including making you physically stronger and increasing you muscle stamina. But one of the main purposes is to make you mentally stronger without risk of injury.

Up for a Challenge?

Are You Ready for Your Next Challenge?

You will feel discomfort (“the burn”) but each time you do 100 reps of an exercise your body adapts. Usually within a couple of weeks the discomfort will lessen. You’ll find yourself doing 75 reps in the first set. Suddenly doing 50 reps in a set is a cake walk. Your pain threshold has adapted to handle it. And more importantly, “You have become comfortable with being uncomfortable”.

When you go back to your regular workout-whatever it is-you’ll be able to push a little harder and move more weight for more reps, or get that extra mile or shave that extra fraction off your time. The real progress starts at that point.

Jessie Itzler has written a book about his experience entitled “Living with a SEAL:31 Days Training  with the Toughest Man on the Planet” and it’s available on Amazon See it Here 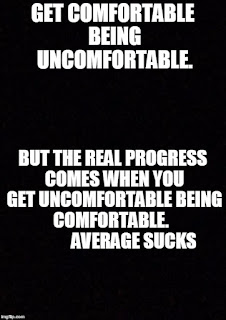