I Just Know I'm Going to get in Trouble for this...

I JUST KNOW I'M GOING TO GET IN TROUBLE FOR THIS...

But fair is fair. Yesterday's article was about Todd. The "average" American male. You can see it HERE

I have no picture of the average American female without her clothes. (At least none that I would actually publish.) The best I could do was a silhouette. But it still makes the point. 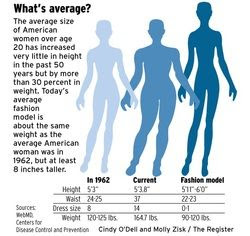 Male or female the risks associated with this trend are the the same. Mortality rates for male and female are getting closer together every year. So here are just some of the possible dangers for both sexes:

69% of all Americans are overweight

In short, average kinda sucks. Today's average is, in fact, below average.