Sure, your body changes as you age. Sure, you aren’t as flexible as you were at 18. And you probably have accumulated more injuries than you once had. Many of us sat behind a computer screen in a poorly designed chair much of our working lives, we gained weight and we ate the wrong foods and probably drank the wrong beverages. Worse still, we listened to bad advice on nutrition and exercise.
But come on, 30? Really? There are many body builders, strength athletes and power lifters who don’t hit their prime until well into their 30’s and 40’s.  Anyone want to tell Dwayne Johnson (The Rock) he’s over the hill at 43? 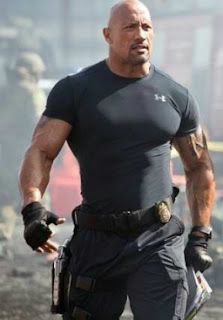 Forties and Fifties? I’ll cut the authors a little slack. But not much. By age fifty there is more of a difference in how you need to train. But the differences are not huge and it’s not that hard to do.
At fifty I could still squat and dead lift almost two and half times my body weight. I gained almost forty pounds lean muscle mass in a little over two years. I am not genetically gifted and I have a multitude of old injuries and/ or medical problems.

Due to a number of factors, work and injury among them, I was out of the gym for more than ten years. I started back at age 64. I was told directly that I was wasting my time. That there was no way I would be able gain muscle mass at my age. WRONG! In less than one year I added over 15 pounds of lean mass.

But I didn’t do it by training like I was eighteen or even like I did when I was fifty. And I didn’t train more than sixty to seventy minutes per day four or five days a week.

And no, I don’t use steroids. (But thanks for asking!). And I’m not genetically gifted! Far from it.

I learned to adjust my nutrition, workouts, and recovery. And I learned to work around old injuries. And now, so will you.

I always begin with nutrition because the simple facts are you can’t out train bad nutrition.

The best exercise is three sets of STOP EATING SO MUCH CRAP!

I’m not going to go into exactly what your nutrition program should be. That’s a whole series of articles all by itself. And I don’t know what your diet looks like now so I have no starting point. But the basics are the same for almost everyone.

Rest. With a good workout program you need to get at least seven to nine hours sleep each night. If you are I like me you went for years on about six hours sleep per night. I used to feel groggy if I slept more than six hours. I had to train myself to sleep more.

With any workout that is going to do you any good at all you’ll need to let your body recover. Your body improves itself by rebuilding. Without proper recovery time you’re wasting your time or, at best, your progress will soon stagnate.

Some muscle groups take longer to recover. Quadriceps  (thigh) are the largest muscles in your body. Recovery takes longer. Arms and calves are among the smallest and don’t take as long. In general, allow about 72 hours between leg training and about 48 hours for other muscle groups. Experiment with your own recovery needs.

We all have different strengths and weaknesses. We all have different physiological issues-injuries and medical conditions.  So a specific program has to be determined for each individual. But there are some general guidelines and suggestions that will be beneficial for those with a little snow on the roof.

·         Keep your workouts between 45 minutes and 70 minutes not including warm up and stretching.

·         Always warm up. Light cardio until you begin to break a sweat  warms up your muscles and helps lubricate joints

·         Different repetition ranges give different results but start out with less weight and higher rep ranges and work your way up to higher loads and lower rep ranges if your goal is strength. Tendons and joints take longer than muscles to become accustomed to your new activity.

·         Machines are a good place to start. They are, in general, safer and easier on the joints. But don’t shun free weights. Free weights are the backbone of getting stronger.

Here are a few alternative methods to get the same results while using less weight:

-Tempo- Use a slower count while lowering the weight. Instead of your ordinary tempo, use a tempo of a count of 3 on the eccentric (lowering) portion of the repetition. This increases the time your muscle is under tension. You’ll find you’ll be able to perform fewer reps or have to use less weight at first.  The point is to work the muscle harder but put less load on the joints.
This is also a good work around for sore joints and or connective tissue.

-Increase the number of sets. You are increasing the volume of work performed without adding additional load. This is also a good way to continue progressing when the addition of another plate is too much of an increase. Say you hit your rep target on all 3 sets you have programmed. It’s time to raise the load. But you’re on a machine with only 10 pound plates and that’s too much increase. Increase the number of sets from 3 to 4 or 5 until you can handle that 10 pound increase on your 3 programmed sets.

-Unilateral lifts (one arm or one leg instead of two). This is one my favorite types of program for a variety of reasons.  It’s been shown scientifically to provide more muscle fiber recruitment when used over time. Mainly because you can typically move more than half the weight you can with both limbs. For example; if you are using a load of 100 pounds with both arms you can typically move about 60 pounds with one arm. More weight equals more muscle fiber recruitment.
It’s also a great work-around for a minor injury. You can use a lighter weight for the side with a minor injury or joint pain and give that side less stress without loss of muscle due to atrophy.

-Alternative stance ,grip or angle of attack. If you are experiencing joint or muscle pain from an exercise don’t drop the exercise from your program too quickly. Especially if it has been working for you. First try changing a few minor things.
Change your grip to a little wider or a little narrower. Try the same thing for your stance on leg exercises. Changing the angle of your feet can also make a huge difference. My squat went up by 30 pounds simply by widening my stance and turning my toes outward more.
If a flat bench press hurts your shoulders try inclining the bench slightly. Keep trying higher angles until you find a comfort zone. Do the same for any other exercise. You’ll often find a minor change in angle eliminates some problems entirely.

-Partial Reps.  Reducing the range of motion (ROM) can also reduce discomfort in a sensitive area. An example would be the barbell curl. Though the exercise is primarily directed at the biceps it also puts considerable stress on the brachioradalis (forearm). Developing various forms of tendonitis in this area is a common malady. (Tennis elbow or golfer’s elbow)
Doing the barbell curl seated in an upright position so that the eccentric (lowering) portion of the movement stops as the barbell reaches you knees while seated can still apply necessary work to the bicep but lessen the stress on the forearm. A full range of motion for any muscle is almost always best to obtain maximum benefit but shortening the ROM temporarily can allow work on the bicep to continue while giving the brachioradalis time to heal.

-Alternative exercises. Find what works best for you.  In my primary gym I can show you 18 different apparatus’ for chest exercises. How about 53 different movements just for your biceps?  Some I like and some I don’t. Some fit my goals and some don’t. But chances are you can find an alternative that works.

-Supports and braces. I often tell people that if I wore all my supports and braces at the same time I’d look like a Ninja named “Ace”. I’ve had my share of injuries, though no serious injuries from weight training.
Supports, pressure straps and braces can help mitigate or prevent many forms of minor injury from tendonitis and joint discomfort.
But if you need to wear all of them at the same time you’re doing it wrong!

As always, ask your health professional is you are healthy enough to exercise

SEND YOUR QUESTIONS TO alphaedgefitness@gmail.com  If I don’t have an answer I’ll find someone who does.

Posted by Steve Carroll at 7:00 AM