Throw away your scales

THROW AWAY YOUR SCALES

Why do you insist on stepping on your bathroom scales every morning? Scales lie!

First of all, many are terribly inaccurate. They rely on metal springs which expand and contract with temperature and humidity. So every time the temperature changes you might just get a different reading.

Second, your body changes from day to day depending on:
·        Stomach contents-Some foods digest slower than others so the contents in your stomach can easily add a pound or two.
·        What you ate the night before-Large pasta dinner last night? Carbs are first stored in your cells as glycogen (fuel!) But glycogen also attracts about 3 x its own weight in water in the cell
·        How much salt you had in the last 48 hours
·        Changes in your stress levels
·        What you drank the night before or the morning before you weigh-One liter of water weighs 2.2 pounds
·        The time of day you step on the scale

These are just a few of the reasons. Physiologically, there are many more.

It’s estimated that more people get discouraged and stray from their plan because of their scales than any other single cause.

Let’s say you lose 3 pounds of fat but gain 5 pounds of muscle. What does the scale tell you?

I’m not telling you to not track your progress. Keeping track of your progress is vital. Just don’t rely on scales.

Government Body Mass Index (BMI) tables are no better. For one reason, the BMI tables require you to use scales. Weight is part of the formula. But the main reason is they are adjusted for “average” Americans. BMI is a ratio of weight to height-not fat. Nor does it distinguish between visceral fat (the fat around your organs that causes most health problems) and normal healthy fat.

A recent study by the International Journal of Obesity  found that men with a BMI of 25 (the cutoff for being overweight in men) had actual body fat ranging from 14 to 35! 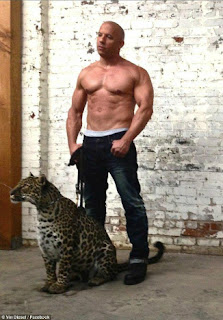 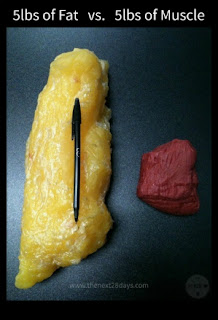 So how do you track your progress?

·        Another way to judge your progress, though impossible to track accurately, you already have; a mirror. But if you’ve ever watched some of the people walking around Walmart you know that mirrors must lie too.

·        Photographs- Take 3 pictures (front, side and back) back at least monthly and compare. Try to take each set under the same circumstances; lighting, time of day, distance, camera angle, etc. For some reason we have a more realistic view of ourselves in photographs than in a mirror.

These measurements won’t give you your body fat percentage but will help you track you progress.

Be sure to try to take the measurements at the same location each time.

·        If you don’t minding spending a little more you can purchase scales that will give you your weight, body fat percentage, lean mass percentage, and water weight by sending a small electrical current through you feet (Bioelectrical Impedance Analysis). They are battery operated and you can’t feel the current at all. Cost has come down lately ranging from $29 to $69. I can’t suggest any particular brands. The one I have is several years old. Many gyms have these on site.

·        More accurate than the scales is a system called EIM (Electrical Impedance Myography). It works similar to the electronic scales mentioned above by measuring electrical impedance at several locations on the body thus eliminating much of the error inherent with measuring impedance through the feet alone. Currently, the devices are more expensive than the scales. (Around $200)

·        To get a fairly accurate measurement of your body fat you can purchase an inexpensive set of calipers complete with instructions and charts at   http://www.bodybuilding.com/store/catalog/search-results.jsp#/store/?q=calipers&type=5&key=AllContent
Record your caliper measurements according to the instructions that come with your calipers. You’ll be taking measurements on several parts of your body. For more detailed instructions see http://www.bodybuilding.com/fun/how-to-measure-your-body-fat.html
Don’t buy the most inexpensive (about $4). Spring for the $15-$30 choices. Accuracy is still dependent on you being able to measure at or close to the same point each time. But calipers are much more accurate than the tape. (The best option in my opinion)

·        A very accurate method to determine body fat percentage is immersion-they put you in a tank of water. (Hydrostatic weighing) I doubt the increase in accuracy would be worth the additional cost. Up to $75 for each visit

Accuracy is important. But for our purposes the change from week to week is much more important.

SEND YOUR QUESTIONS TO alphaedgefitness@gmail.com  If I don’t have an answer I’ll try to find someone who does.

Posted by Steve Carroll at 7:00 AM